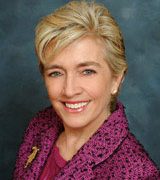 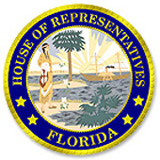 A House bill aimed at overhauling and streamlining the state’s alimony rules cleared its first panel Wednesday, despite a retired judge telling lawmakers “bad things are going to happen to nice people” if the measure becomes law.

It’s the third time in recent years the Legislature has attempted to change Florida’s alimony law.

The attorneys of Allen Dell pride themselves on staying abreast of changes in laws affecting our clients. Marriage affects all couples whether the partners are of the same-sex or opposite sexes, and whether they are addressing a health care crisis, retirement, divorce or death. Keep calm and call us. 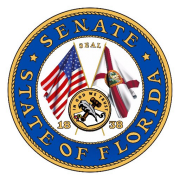 TALLAHASSEE – According to retired Circuit Court Judge Robert M Evans, another dangerously flawed ‘Family Law Reform’ bill has been once again submitted in the Florida Legislature. Sen. Tom Lee, R-Brandon has introduced Senate Bill 250 which contains “as one of its greatest flaws an equal child timesharing provision” which creates a legal presumption for equal time split between parents. “This legal presumption can only be overcome if the parent challenging the presumption enters into a legal fight and proves with evidence that it is not in the best interests of the child to have equal time with both parents. There is no exception in the proposed statute regarding the age, physical or mental health of the child, or the physical or mental health of the parents.”

“This bill further allows current alimony recipients, who in good faith entered into legal contracts providing for their support; to lose the support they negotiated and agreed upon. If an alimony recipient’s income exceeds a mere 10 percent of that which existed or was assigned to them at the time that the alimony award was made, this fact alone constitutes a “significant change of circumstance” allowing the payor spouse to decrease the amount of support he or she is paying in alimony. Incredibly, this applies even if the recipients’ 10 percent total income increase over time was simply from basic cost of living adjustments made to their minimum wage pay to help them keep up with inflation.”

Judge Evans encourages Floridians to read the bill for themselves and urges us to call our governor’s office to demand legislation that is studied, just and recommended by a neutral, independent expert task force.

The Senate bill can be found here:

The attorneys of Allen Dell pride themselves on staying abreast of changes in laws affecting our clients. Marital & Family law is an ever changing landscape, affecting all couples in committed relationships whether the partners are of the same-sex or opposite sexes, with children and families, or not. 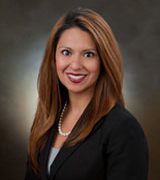 The attorneys of Allen Dell pride themselves on their involvement in and out of the legal community. 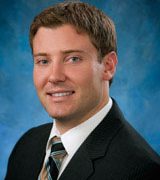 Allen Dell would like to congratulate Zachary Bayne and his team for winning the Hillsborough County Bar Associations Young Lawyers Division’s Golf Tournament. Held each fall, the YLD Golf Tournament is a long-standing tradition with the Young Lawyers Division. The event is attended by lawyers, judges, business professionals, and anyone interested in supporting the Hillsborough County Bar Association in its efforts to better serve the community. 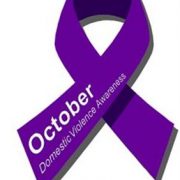 So what is “domestic violence”? It is best described as “a pattern of abusive behaviors-including physical, sexual, and psychological attacks as well as economic coercion-used by one intimate partner against another to gain, maintain, or regain power and control in the relationship.” Domestic violence often leaves physical wounds, but it can also result in invisible scars from verbal abuse, constant humiliation, or relentless intimidation. Two new laws address some of these issues:

This law, while addressing an issue that has been legislated in 17 other states, is not as strong as sponsors initially sought, with it requiring the uploaded information to include “personal identification information,” such as the name or other information, of the person depicted.

An amendment to Florida Statute § 903.047 makes clear that when a judge imposes a “no contact” condition as part of a person’s pretrial release, the order is effective immediately and enforceable for the duration of pretrial release.

The measure, which could help protect domestic-violence victims, also spells out that other than through an attorney, the “no contact” prohibition means contact cannot take place in person, through a telephone, electronically or through a third person.

The attorneys of Allen Dell pride themselves on staying abreast of changes in laws affecting our clients. Domestic violence affects women and men regardless of age, race, ethnicity, sexual orientation or zip-code. Keep calm and call us. 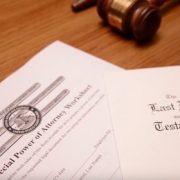 This week, Oct. 19th – 25th is National Estate Planning Awareness Week, which was adopted in 2008 to help the public understand what estate planning is and why it’s such a vital component of financial wellness. It’s smart to review your estate plan from time to time, and it’s more important than ever to ensure that your current plan continues to meet your needs due to recent changes in estate planning law. The attorneys of Allen Dell pride themselves on staying abreast of changes in laws affecting all of our clients.

Michelle G. Hutt has joined the Florida Bar Family Law Ad Hoc Nomenclature Committee. As part of this committee, she will be reviewing F. S. 68.07 for substantive and gender neutrality revisions. 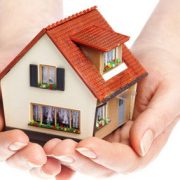 TALLAHASSEE – Shacking up together could finally become legal again in Florida after nearly 15 decades.

In a 10-3 vote the House Criminal Justice Subcommittee approved a bill to repeal the prohibition on cohabitation, on Florida’s books since 1868. Though rarely enforced, violators face a $500 fine and up to 60 days in jail if a man and woman are living together.

Florida is one of only 3 states that still have a law on the books that makes cohabitation illegal. According to census data, there are more than 500,000 unmarried couples among the state’s almost 8 million households. The bill will head to the Judiciary Committee next. A similar bill last year died in committee.

Property and support issues are no less important to couples who choose to stay unmarried in committed relationships. Domestic partnership agreements can protect these couples who decide to remain unmarried, just as premarital agreements do for marrying couples.

The attorneys of Allen Dell pride themselves on staying abreast of changes in laws affecting our clients and in drafting premarital and postmarital agreements, resolving complex family law disputes, and estate planning. Marriage and/or cohabitation affects all couples in committed relationships whether the partners are of the same-sex or opposite sexes, and whether they are addressing privacy rights, a health care crisis, retirement, shacking-up, breaking-up, divorce or death. 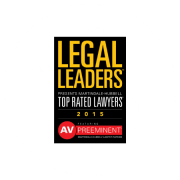 This list of Top Rated Lawyers was created by LexisNexis® Martindale-Hubbell®, the company that has long set the standard for peer review ratings, sharing its list of local lawyers who have reached the highest levels of ethical standards and professional excellence.

Generations of lawyers have relied on LexisNexis® Martindale-Hubbell® as the authoritative resource for information on the legal profession worldwide. With a history spanning 140 years, the Martindale-Hubbell® database consists of more than 1 million lawyers and law firms in over 160 countries. Thousands of people refer to the database every day to find attorneys across town or across the globe, confirm their credentials based on independent evaluations of their skills and experience, and then select firms and lawyers that are the best fit for their personal and professional legal needs.