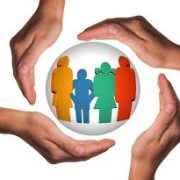 4th District Court of Appeals – WEST PALM BEACH – The 4th DCA recently addressed an active passive appreciation issue in answering the question does a non-owner spouse have a claim to the increased value of all nonmarital assets without showing marital effort or the use of marital assets to achieve the appreciation?

In this case, the Husband did not own a business. Prior to the marriage, he began working for a privately held international company and bought a large amount of company stock by way of a bank loan. During his tenure at the company he had some supervisory responsibility, but also had a couple of demotions. When he was terminated, his stock was liquidated. The shares sold for substantially more than the outstanding balance on the loan used to buy them.

The trial court determined the stock was separate property, its increase in appreciation was passive so it was not subject to equitable distribution. The Wife appealed asking the 4th DCA to adopt a rule “that all appreciation of the stock of a company for which a spouse works is a marital asset.” The 4th DCA declined the invitation.

Under the existing analytical framework, the court said, the increased value of stock from a company for which the owning spouse works can be a marital asset and subject to distribution, but, it can also be a nonmarital asset. The crux of the matter is “whether the husband exerted the sort of ‘effort’ required to move the appreciation value from the nonmarital category to the marital one,” the court explained.

Cases that have found the appreciation was a marital asset typically involve a family-owned business in which the stock-owning spouse holds a significant position. Here, neither of these key features was present. The company the Husband worked for was not owned or operated by his family. He held no significant managerial position in the company; at most, he was a middle manager. He did not contribute to the appreciation in the value of his stock, and so his Wife had no right to any part of the stock’s increased value.

The attorneys of Allen Dell pride themselves on staying abreast of changes in laws affecting our clients. Marital & Family law is an ever changing landscape, affecting all married couples whether the spouses are of the same-sex or opposite sexes.