The Lawyers of Distinction is pleased to announce that Marian P. McCulloch of Tampa, was nominated and has been certified as a member.

Membership is limited to the top 10% of attorneys in the United States. Members are accepted based upon objective evaluation of an attorney’s qualifications, license, reputation, experience, and disciplinary history.

Marian McCulloch is Board Certified in Marital and Family Law by the Florida Board of Legal Specialization and Education. She confines her practice exclusively to Marital & Family Law matters. 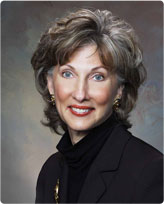 Allen Dell announces Miriam E. Mason will be a shareholder in our firm, effective January 1, 2017. Miriam is Board Certified in Marital & Family Law, is listed in The Best Lawyers of America, and is rated AV by Martindale Hubbell.

Miriam has held numerous positions, including leadership positions, in the Florida Bar and national, state, and local professional legal associations.

During her long-time fellowship in the American Academy of Matrimonial Lawyers (AAML), Miriam served a term as President, three terms as Vice President, and has been Secretary, Treasurer and a Member of the Board of Directors. Miriam is also a Past President of the Florida Chapter of the AAML.

Miriam is an Emeritus Diplomat of the American College of Family Trial Lawyers.

Locally, Miriam is a Past President of and presently an Emeritus Master in the J. Clifford Cheatwood Inn of Court.